The Saxton’s have participated at multiple World and Continental Championships. Mrs Saxton was selected as a reserve for the Sydney Olympics in 2000. Mr Saxton competed at 2 Olympic Games & 3 Commonwealth Games, winning many medals including 3 gold!

The Saxtons took a few years away from competing to concentrate on raising their family. Over the last 15 years, the Saxton’s have become much more involved in the sport again, both coaching and helping run the sport in WA and Australia-wide.

The Saxton’s currently coach Suamili Nanai (Sua), an athlete who has been selected to compete in the 2022 edition of the Commonwealth Games in Birmingham, England. Sua is competing in the Super-Heavyweight category on the 3rd of August. (You might see him on TV!) Mrs Saxton will be travelling with the Australian Commonwealth Games Weightlifting Team as one of the two named coaches. Mrs Saxton will be coaching the Australian team in training sessions and then at the competition in Birmingham.

All the best Sua and Mrs Saxton! 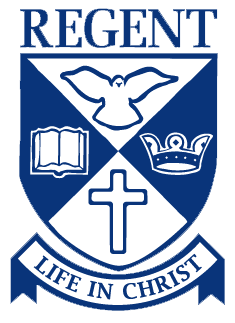 Regent College pays respect to the traditional owners of the land on which the College is located, the Whadjuk people of the Noongar Nation.